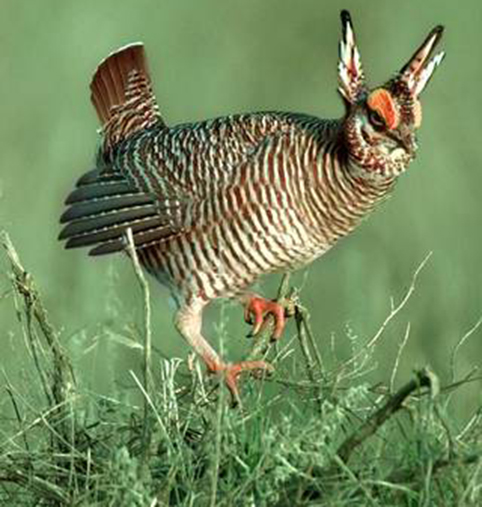 FILE- In this April 7, 1999, file photo, a male lesser prairie chicken climbs a sage limb to rise above the others at a breeding area near Follett, Texas. The U.S. government announced Tuesday, July 19, 2016, that it is removing the lesser prairie chicken from a federal protection list under the Endangered Species Act. (David Crenshaw/Tulsa World via AP, File)

— the permian basin petroleum association and other oil and natural gas industry groups sued the agency, claiming the designation was too strong. environmental groups also sued, claiming the government did not go far enough and that the lesser prairie chicken should have been listed as “endangered” instead of “threatened.”